As regular readers of this site know, in a former life I was something of a scholar of Bollywood cinema (I promise this will be my last Bollywood-related post for a while!). A couple of years ago a friend asked me to compile a list of my favorite films, which I recently happened upon and decided to reproduce here.

For the most part, these are the films that I would include in an introductory class on post-Independence Hindi cinema and the historical and cultural contexts that produced it. I make no claim to comprehensiveness -- this list skews heavily toward my interests in religion and nationalism in India and towards more recent films. But if you're thinking of diving into Bollywood, you could do worse than starting with these films.

1. Shree 420 (Raj Kapoor, 1955) - Kapoor, the Chaplain-esque king of early Bollywood became an international hero in the Soviet Union for this condemnation of greed and capitalist corruption.

2. Mother India (Mehboob Khan, 1957) - Perhaps the most well-known film in India, and an ideological endorsement of Nehru's industrial-developmental socialism over the traditionalist feudalism portrayed as pervasive in village India.

3. Mughal-e-Azam (K. Asif, 1960) - One of the finest "historicals," this period piece is best known for its lyrical Urdu dialogue and beautiful cinematography.

4. Jai Santoshi Maa (Vijay Sharma, 1975) - A throwback to the early "mythologicals" (most of the early Indian movies were stories of gods and saints), JSM basically established a nationwide cult for a previously little-known goddess; a prime example of the interaction of media and religion in Indian culture.

5. Deewaar (Yash Chopra, 1975) and
6. Sholay (G.P. Sippy, 1975) - The movies that turned Amitabh Bachchan from a star into a god; great examples of the "angry young man" genre that featured disenfranchised and dissatisfied young men as their heroes, reflecting a growing disillusionment with the ineffectiveness and corruption of the government in the 1970s.

7. Amar Akbar Anthony (Manmohan Desai, 1977) - My personal favorite, for reasons ranging from the excellent music to the ridiculous costumes; also ground zero for my study of the intersection of religious and national space in Bollywood cinema.

8. Disco Dancer (Baabar Subhash, 1982) - THE Bollywood movie to watch for camp/kitsch, it is a remake of "Saturday Night Fever;" unexplainably, also one of the most popular movies in West Africa.

9. Tezaab (N. Chandra, 1988) - A terrible movie, but a perfect example of the state of Bollywood in the 80s; also helped launch the career of Madhuri Dixit with the song "Ek, Do, Tin."

10. Khal Nayak (Subhash, Ghai 1993) - A reimagining of the Ramayana as a police drama; most notable for the song "Chole Ke Piche" and the incredibly absurd outfits worn by Sanjay Dutt.

11. Hum Aapke Hain Koun (Sooraj R. Barjatya, 1994) - Not a single fight scene to be had, Bollywood begins turning away from the angry young man and back toward the love story/family drama; as economic liberalizations begin to transform India, conspicuous consumption starts becoming a family value.

12. Bombay (Mani Ratnam, 1995) - A beautifully shot and acted film about the aftermath of the 1992 Ayodhya conflict and the riots in its wake.

13. Pardes (Subhash Ghai, 1997) - Not really a good movie, but interesting in its depictions of the conflicts in Indian social life as more and more Indians go abroad.

14. Dil To Pagal Hai (Yash Chopra, 1997) - A fun, goofy, infectious movie, with Shah Rukh Khan at his best (i.e. before people started thinking he was a dramatic actor)

19. Swades (Ashutosh Gowariker, 2004) - Something of an answer to "Pardes," addressing the question of what happens when NRIs return to India.

20. Rang De Basanti (Rakesh Omprakash Mehra, 2006) - A sensation in India at the time of release, it mixes together the stories of anti-British Indian revolutionaries with the political awakening of a group of young friends.

Did I leave off your favorite movie? Of course I did. Let me know in the comments!

permalink posted by Aaron Rester @ 10:11 AM 2 Comments | Links to this post

In more Bollywood-related election news, it appears that Barack, like Shah Rukh before him, is going to give Amitabh a run for his money. Check out this video, which Gary was kind enough to send me. The funny part is that the dubbing on this is actually better than a lot of Bollywood movies.

permalink posted by Aaron Rester @ 9:11 AM 0 Comments | Links to this post 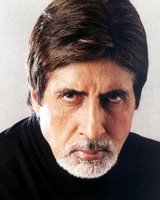 As I mentioned in my first posting, I'll occasionally be delving into Bollywood news and reviews on this blog... I just can't help it. Once you go Bollywood, you can't go back.

Last weekend we watched Mani Ratnam's 2004 flick Yuva (the title means "Youth"). It was playing during the summer I spent in India, but I never had the chance to see it. As a big fan of Mani Ratnam (I spent a lot of time watching Bombay

over and over for a research project back in the day), I was looking forward to this one, despite the lukewarm reviews I had heard from friends who did see it.

The story begins with an assassination attempt on a bridge in Kolkata, and most of the movie is told as a flashback of the stories of the three young men involved in the incident. Ratnam is no stranger to politics -- his films have addressed political terrorism (Roja

) and communal violence (Bombay), and he was himself the target of a terrorist bomb after the release of Bombay -- and in Yuva he uses the three main characters to comment on today's Indian youth and their political engagement (or lack thereof). Ajay Devgan is Michael, a student organizer who attempts to rally the local populace against a corrupt politician. Vivek Oberoi is Arjun, a happy-go-lucky recent graduate who wants to go to America to find good times and his fortune (Ratnam describes him as "the most MTV-ized" character in the film in an interview with, erm, MTV India).

The big surprise to me was Abhishek Bachchan's amazing channeling of his father Amitabh's Angry Young Man role from the 1970s, but with a much darker and more disturbed air. His character, Lallan, is a petty thug who works for the politician that Michael is trying to defeat (he managed to win the Filmfare Award for Best Actor in a Supporting Role AND a Special Mention from the critics who vote for that award as Best Actor, but did not win "Best Actor in a Villainous Role;" even Bollywood's awards ceremonies are dramatic). As in many of Ratnam's films, the female characters are barely developed, though Rani Mukherjee does an excellent job bringing out the pathos of her role as Lallan's abused wife (she too won a Filmfare award).

Much of the film (aside from the songs, which Ratnam had originally intended to omit) avoids the sumptuous color of usual Bollywood fare, in favor of a gritty, grayish patina. The songs, by frequent Ratnam collaborator A.R. Rahman, unfortunately fall far short of his previous work. He stretches for dance club hits and eschews the slightly more traditional elements that have always been his strength. Like the film as a whole, the music compares favorably to much of the Bollywood standard, but suffers by comparison to its creators' earlier efforts. I suppose there are worse things to be cursed with than greatness.